American Express’ partnership with Costco is ending, starting on June 20, 2016. CostCo’s new partner will be a Visa from Citi.com.

Today I received my new Citi card. The sticker on the card instructs the user to go to citi.com/CostcoSetup to activate the card. But when you visit the URL, you are presented the following 404 Not Found error.

Poke around enough on the citi.com website and you’ll find this message:

I called 1-800-374-9700 and eventually reached a representative. She informed me that Citi.com doesn’t have anything to do with Citic.com/CostcoSetup and that I would have to speak with a Costco representative at 1-866-241-8684.

I said that I think it is unlikely that Costco would be responsible for the web development of citi.com content, but she insisted.

However, when I called 1-866-241-8684 and reached a Costco representative, she said that she is unable to help me with citi.com’s website and that Costco does not have a team responsible for the content on citi.com’s website.

I’m not the only one having problems. I found several Tweets about it over the past week or so. I also performed a test via https://www.uptrends.com/tools/uptime, which reports the same result from many locations. 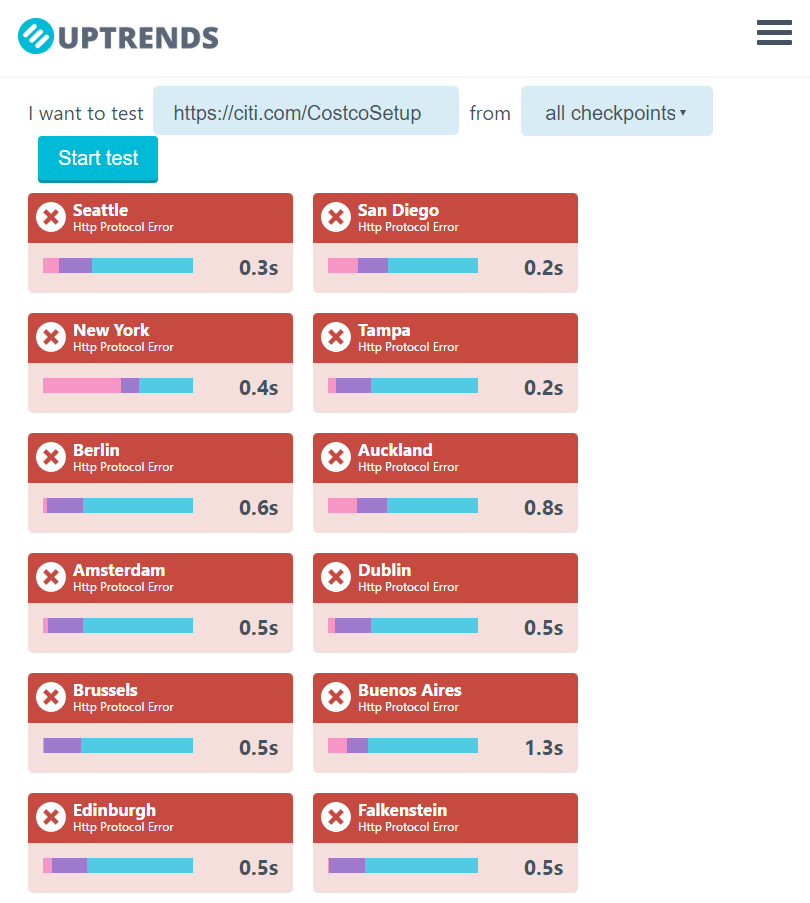